With an assured future ahead for the Porsche 911 series, 1983 saw the launch of a replacement for the successful SC series. It was the model year 1984 911 3.2 Carrera, reviving the Carrera name for the first time since 1975. The 911 3.2 Carrera was the last iteration in the original 911 series, with all subsequent models featuring new body styling with new brake, electronic and suspension technologies. A higher-displacement motor with a 3.2-liter horizontally opposed flat six-cylinder was utilized. The new volume of 3164cc was achieved using the 95mm bore (from the previous SC model) combined with the 1978 Turbo 3.3 crankshaft's 74.4 mm stroke. In addition, higher domed pistons increased the compression ratio from 9.8 to 10.3:1. The 915 transmission was carried over from the SC series for the first 3 model years. New inlet manifold and exhaust systems were fitted. In 1987, the Carrera got a new 5 speed gearbox sourced from Getrag, model number G50 with proven Borg-Warner synchronizers. This slightly heavier version also featured a hydraulically operated clutch.

With the new engine power was increased to 207bhp at 5900rpm for USA delivered cars and to 231bhp at 5900rpm for most other markets. This version of the 911 accelerated from 0 to 97 km/h in 5.4 seconds and had a top speed of 240 km/h. The disc brakes were increased in size and improved oil-fed chain tensioners were fitted to the engine. To improve oil cooling, a finned cooler replaced the serpentine lines in the front passenger fender well. This was further improved in 1987, with the addition of a thermostatically controlled fan. Driving refinement and motor reliability were improved with an upgrade of the fuel- and ignitioncontrol components to a L-Jetronic with Bosch Motronics 2 Digital Motor Electronics system. An improvement in fuel-efficiency was due to the DME providing a petrol cut-off on the overrun. Changes in the fuel map and chip programming from October 1986, further improved the power to 217 bhp at 5900rpm for USA delivered cars as well as for other markets requesting low emissions, like Germany. Custom-mapped chips remain a popular upgrade.

Three basic models were available throughout the Carrera years; coupe, targa and cabriolet. Almost indistinguishable from the SC, external clues are the front fog lights, which were integrated into the front valance in the Carrera. Very modest cosmetic changes were made throughout the lifespan of the Carrera, with a redesigned dash featuring larger air conditioning vents appearing in 1986. The 1987 Carrera Club Sport (340 units produced) is a collectible 911 that had a blueprinted engine with a higher rev limit, and had the electric windows, electric seats, and radio removed to save a claimed 50kg in weight. The 911 Speedster, a low-roof version of the Cabriolet which was evocative of the Porsche 356 Speedster of the 1950s, was produced in limited numbers between January 1989 and July 1989 as both a narrow body car and a Turbo-look, which also featured 930 brakes, wheels, suspension, and front valence. 171 It was a 2-seat convertible that featured a low swept windshield. In late 1989, the 911 underwent a major evolution, with the introduction of the Type Porsche 964. 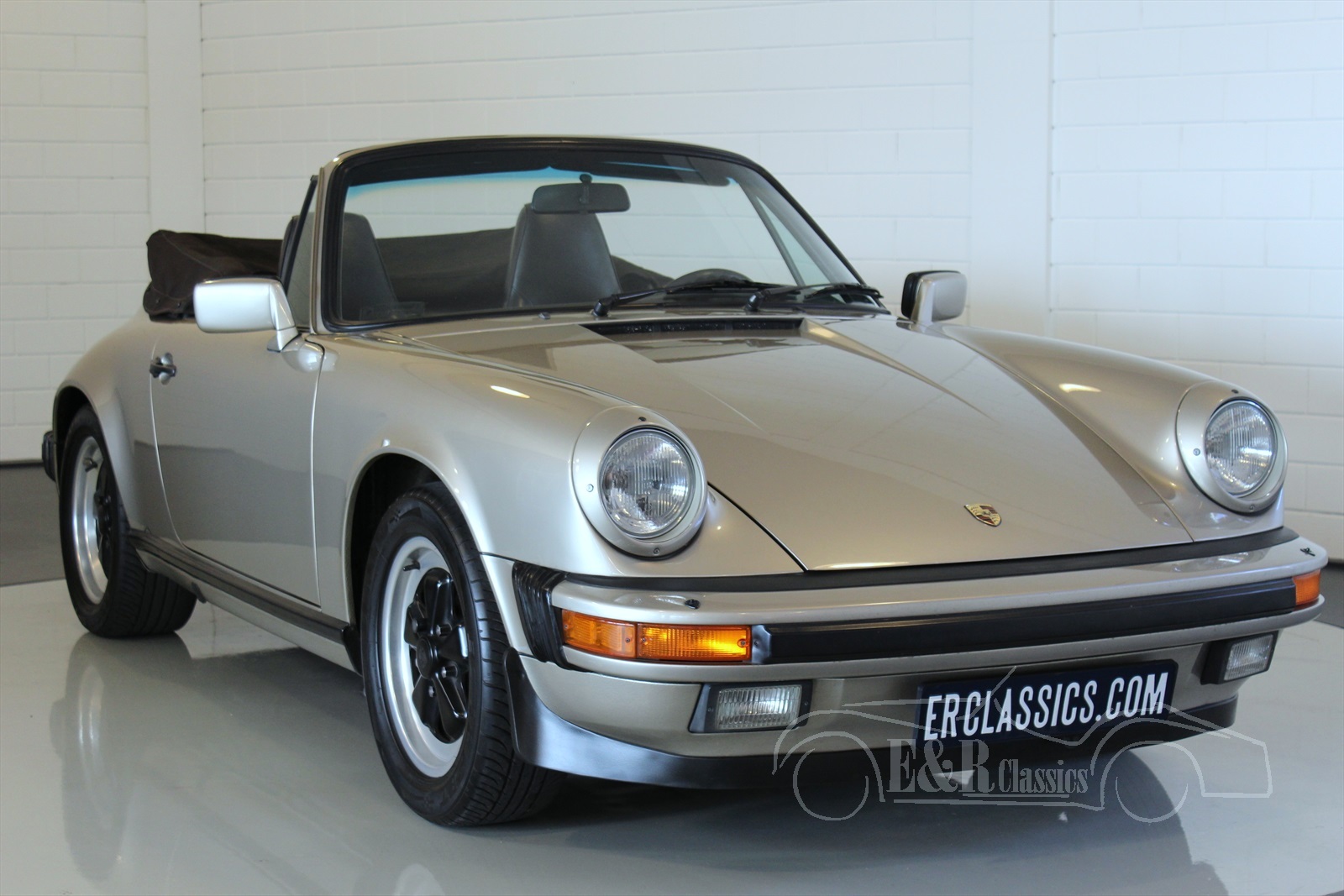