Early versions of the 911 had a 130 PS flat-6 engine (air-cooled and rear-mounted) 1991cc unit (instead of the 356 4-cylinder 1600 cc unit). The car had 4 seats although the rear seats were very small. It was upgraded to a five-speed manual "Type 901" transmission. The styling was almost entirely done by Ferdinand "Butzi" Porsche, son of Ferdinand "Ferry" Porsche. Erwin Komenda was also involved in the design.

Production of the 356 came to the end in 1965, but there was still a market for a 4-cylinder car, particularly in the USA. The Porsche 912 (introduced the same year) served as a replacement. It used the 356's 4-cylinder, 1600cc, 90hp engine but had the 911 bodywork. In 1966 Porsche introduced the more powerful 911S, the engine's power was upgraded to 160PS. Alloy wheels from Fuchs, in a distinctive 5-leaf design, were offered for the first time.

The Targa version in 1967 was introduced with a stainless steel-clad roll bar. The name "Targa" (meaning "shield" in Italian) came from the Targa Florio sports car road race in Sicily Italy, in which Porsche had notable success, with 7 victories since 1956, and 4 more to come until 1973. The Targa was equipped with a removable roof panel and a removable plastic rear window. The (110PS) 911T was also launched in 1967 and effectively replaced the 912. That same year the staple 130PS model was renamed the 911L. Another model that year, the 911R (of which only 20 units were made), was a lightweight racing version with thin aluminium doors, a magnesium crankcase, twin-spark cylinder heads, and a power output of 210 PS. 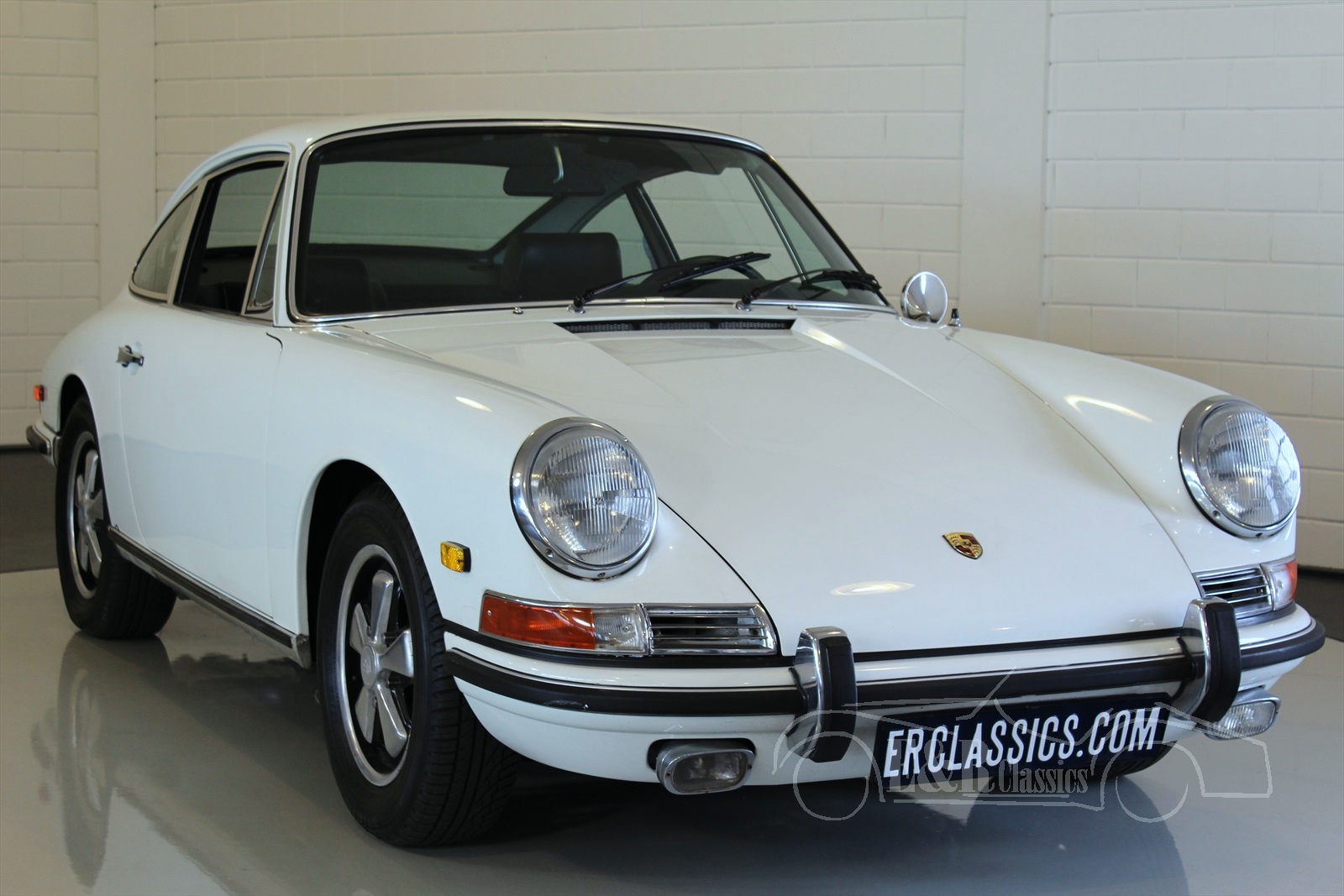