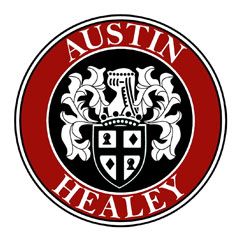 The Austin Healey 3000 had little to no rust protection, so its likely there will be some corrosion. The chassis and body are usually the weakest spots, so be sure to inspect thoroughly for rust. The engines in Austin-Healeys are basically unstressed truck units, and they can run for huge mileages before needing a full overhaul. Always ask if the seller has maintenance records.