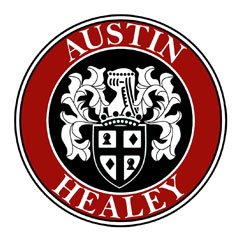 The Austin-Healey 100-4 was the 1st of 3 models that would later be called the Big Healeys (to distinguish them from the smaller Austin-Healey Sprite). Produced from 1953-1956, the AH 100-4 can be broken down into 2 models: the BN1 and the BN2. The 1955 Austin-Healey 100-4 BN2 was fitted with a real 4 speed manual transmission and overdrive on the top 2 gears, as opposed to the BN1s blocked-out 1st gear. The front wheel arches on the BN2 were also slightly larger, and optional 2 tone paint became available. If youre looking for an early 100-4, youll want to do a thorough inspection and verify chassis/engine numbers.

Tips for the 1955 Austin-Healey 100-4 include always checking for rust. It is also important to remember that these are British sports cars, and they are renowned for having quirky Lucas electrical systems. If youre looking for an Austin Healey 100-4, the team at ER Classics would be delighted to assist you.