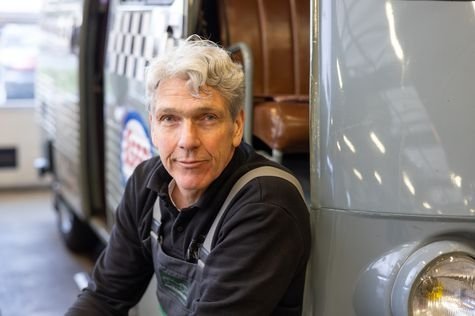 My name is Henk van den Berg, all-round mechanic at E&R Classics. I started my career in 1977 at the local village garage where I tinkered with everything. From cars to trucks, but also lawnmowers and chainsaws. Everything with a motor came along.

After this period I worked for a while at a universal car garage that also sold vintage cars. After that I started restoring classic cars as an independent. I restored classics from start to finish and have worked on various Austin Healeys, Jaguars, Triumphs, MGs and other vintage cars. I also took care of the maintenance of classic cars.

After working as an independent for a while, I started working for a collector with a private collection of about 250 classic cars. Here I was responsible for keeping the collection in good condition. I also worked on classics of the collector's customers.

In the meantime I have been working as an all-round mechanic at E&R Classics for some time now.

What was your first car and what memories do you have of it?
My very first car was a 1974 Datsun 240 Z. A nice car that I used as a daily driver.

Suppose you had to give someone a lift. Who would that be and why?
If I could give anyone a lift, it would be Neil Armstrong, the first man on the moon. A man who has proven that with guts, courage and common sense you can go a long way. An absolute hero to me.

What is your best car related memory?
A memory that has always stayed with me and that we still talk about with our children is a holiday to Portugal. Somewhere on the border of Spain and Portugal (in the middle of nowhere) an oil cap flew out of the cylinder head of our Volvo. It was weekend and there were no garages in the fields or roads. Then it suddenly occurred to me that my wife had brought a bag of potatoes to eat the first night. I used these potatoes to close the hole in the cylinder head and drove them for another 500 km until we were at our holiday address. To complete the story, the bag of Dutch potatoes read 'Country of origin: Portugal'. How do you make it up…

What makes a working day at E&R Classics so much fun for you?
That there are still some classics that I regularly tinkered with in 1977. Then you feel 16 again instead of 61. That feeling is priceless to me! 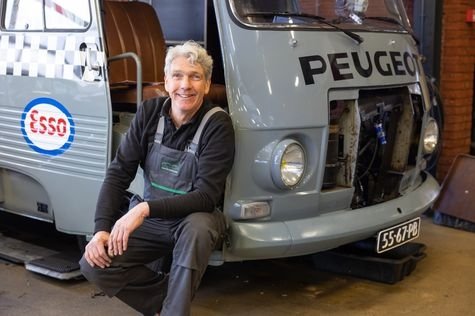