The Jaguar XK140 is a sports car manufactured by Jaguar between 1954-1957. It was the successor to the XK120. Upgrades included more interior space, improved brakes, increased suspension travel and telescopic shock absorbers. The XK140 was introduced in late 1954 and sold as 1955 model. Exterior changes included more substantial front and rear bumpers with overriders, and flashing turn signals above the front bumper. The grille remained the same size but became a one-piece cast unit with fewer, and broader, vertical bars. The Jaguar badge was incorporated into the grille surround. A chrome trim strip ran along the centre of the bonnet and boot lid. An emblem on the boot lid contained the words "Winner Le Mans 1951–3". The interior was made more comfortable for taller drivers by moving the engine, firewall and dash forward to expand the legroom by 3 inches. Two 6-volt batteries, one in each front wing were fitted to the FHC, but Drop Heads and the Open Two Seater had a single 12-volt battery, installed in the front wing on the passenger side. The XK140 was powered by the Jaguar XK engine with the SE modifications from the XK120, which raised the specified power by 10 bhp to 190 bhp gross at 5500 rpm. The C-Type cylinder head, carried over from the XK120 catalogue, and producing 210 bhp gross at 5750 rpm, was optional. In 1956 the XK140 became the first Jaguar sports car to be offered with automatic transmission. As with the XK120, wire wheels and dual exhausts were optional. Most XK140s imported into the United States had wire wheels. Cars with the standard disc wheels had fender skirts over the rear wheel opening.

The Roadster (Open Two Seater in America) had a light canvas top that folded out of sight behind the seats. The interior was trimmed in leather, including the dash. Like the XK120 Roadster, the XK140 version had a removable canvas and plastic side curtains on light alloy barchetta-type doors. Compared to the XK120, the door tops and scuttle panel were cut back by 2 inches, to allow a more modern positioning of the steering wheel. The angle of the front face of the doors was changed from 45 to 90 degrees. The Drophead Coupé had a bulkier lined canvas top that lowered onto the body behind the seats, a fixed windscreen integral with the body, wind-up side windows, and a small rear seat. It also had a walnut-veneered dashboard and door cappings. The Fixed Head Coupé shared the DHC's interior trim and rear seat. The prototype Fixed Head Coupe retained the XK120 Fixed Head roof-profile, with the front wings and doors the same as the Drophead. Once in production, the roof was lengthened with the screen being placed further forward, shorter front wings, and longer doors, which resulted in more interior space and legroom. 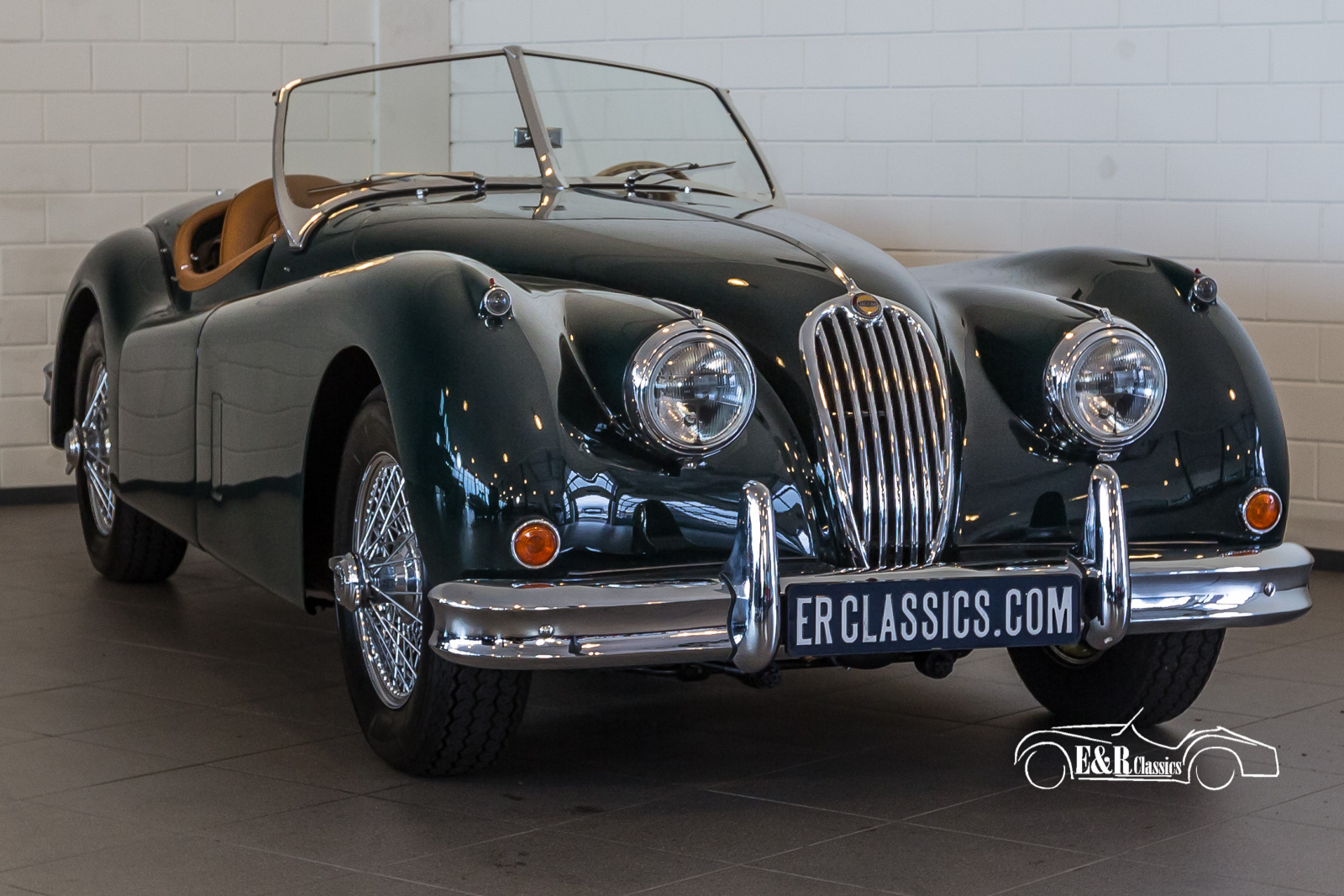