The Jaguar E-Type was initially designed and shown to the public as a rear-wheel drive grand tourer in 2-seater coupé form and as a 2-seater convertible. A "2+2" 4-seater version of the coupé, with a lengthened wheelbase, was released several years later. Later model updates of the Jaguar E-Type were officially designated "Series 2" and "Series 3", and over time the earlier cars have come to be referred to as "Series 1" and "Series 1.5". March 1961, the Series 1 was introduced, initially for export only. The domestic market launch came 4 months later in July 1961. The cars at this time used the triple SU carburetted 3.8 litre 6-cylinder Jaguar XK6 engine from the XK150S. Earlier built cars utilised external bonnet latches which required a tool to open and had a flat floor design. These cars are rare and more valuable. After that, the floors were dished to provide more leg room and the twin hood latches moved to inside the car. October 1964, the 3.8-litre engine was increased to 4.2 litres.

Characteristics of Series 2 cars are open headlights without glass covers, a wrap-around rear bumper, re-positioned and larger front indicators and tail lights below the bumpers, better cooling aided by an enlarged "mouth" and twin electric fans, and uprated brakes. The engine is easily identified visually by the change from smooth polished cam covers to a more industrial "ribbed" appearance. It was de-tuned in the USA with twin Strombergs and larger valve clearances, but in the UK retained triple SUs and the much tighter valve clearances. The interior and dashboard were also redesigned; rocker switches that met USA health and safety regulations were substituted for toggle switches. New seats were fitted as well. Air conditioning and power steering were available as factory options.

A new 5.3L 12-cylinder Jaguar V12 engine was introduced, with standard power steering and uprated brakes. The short wheelbase FHC body style was discontinued and the V12 was available only as a convertible and 2+2 coupé. The convertible used the longer-wheelbase 2+2 floorplan. The Series 3 is easily recognized by the large cross-slatted front grille and flared wheel arches, and a badge on the rear that proclaims it to be a V12. Cars for the USA market were fitted with large projecting rubber bumper over-riders to meet 8 km/h impact regulations, but those on European models were considerably smaller. USA models also have side indicator repeats on the front wings. There were also a very limited number of 6-cylinder Series 3 E-Types built. 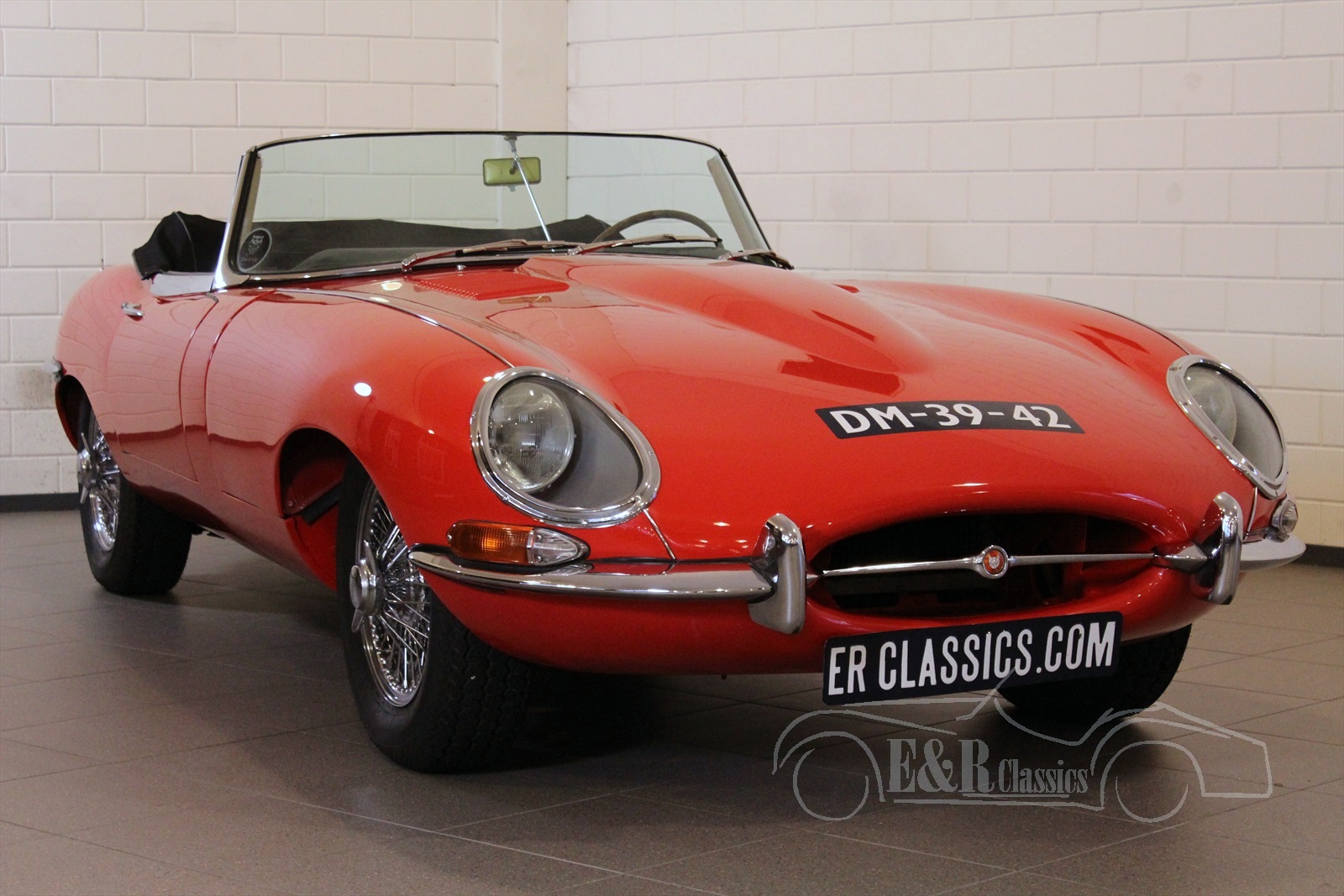