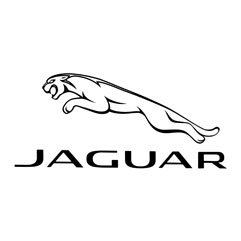 The Jaguar XJ6 appeared several times during the different generations of the Jaguar XJ series. The first generation lasted from 1968 to 1992. The XJ6 had an inline six engine. The instruments on the dashboard of the XJ6 correspond to the instruments of the previous Jaguars. The car was introduced in September 1968. The car was described as the 'finest Jaguar ever' (the best Jaguar ever) in television commercials. Demand for the XJ6 was extremely high, which made it difficult for Jaguar to maintain production. As a result, the first copies of the XJ6 series had a number of quality problems.

In October, Jaguar unveiled the second generation of the XJ6. The XJ6 got a much more modern look compared to the first generation. The car had a more angular design and received, among other things, rectangular headlights. The XJ6 was also produced in a more luxurious version called Daimler or the “Vanden Plas” version. The Daimler version had things like chrome details and more leather in the interior. The car did not differ mechanically from the Jaguar version.

Not much later, Jaguar gave the XJ6 a facelift. The car became rounder and got the improved AJ16 engine. With this version, the production quality of Jaguar cars increased. In the third generation, from 2003 to 2009, the XJ6 reappeared. However, the Jaguar XJ6 now had a V6 engine. In addition, the bulk of the chassis of the car was made of aluminum.

Finding a Jaguar XJ6 that's right for you is the number one priority. The search for your dream car often starts online. ERClassics has done everything it can to give you an idea of the cars, so every car on our own site is provided with a photo report, 360 degrees images, a video and background information about the car can be found. Would you rather view the car physically? Then you can visit our showroom in Waalwijk, the Netherlands. Check our website for opening times.

Trade in or sell your Jaguar XJ6 classic car

At ER Classics you can buy a Jaguar, but we also offer the option to sell your current classic car or to trade it in. If you would like more information about selling or trading in your classic car, please contact one of our classic car experts. You can of course also visit our showroom to discuss the possibilities

Sell or trade in the classic Jaguar XJ6?

Of course every car needs maintenance, and it can sometimes happen that something needs to be repaired. It is no different for a classic car. Because you like to keep your classic car in top condition, a good garage is important. Any garage can provide you with maintenance, but sometimes you just need that extra bit of specialism, then you can choose to take your classic car to a classic car workshop where they focus on 1 brand or type of classic car. The mechanics often work with the same classic cars and have thus specialized in maintenance or repairs on that specific vehicle. 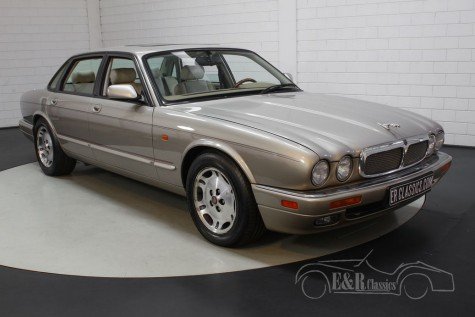 ER Classics has the right classic Jaguar XJ6 for you!

What are the advantages of buying a Jaguar XJ6 classic at ER Classics?

If you are looking for a beautiful new Jaguar XJ6, you will be assisted by one of our own classic car experts. ERclassics has specialized in the purchase and sale of classic cars since 2008 and can rightly call itself Europe's number 1 online classic car dealer.