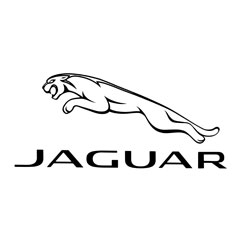 Influenced by WW II, the British Car industry was hard hit during these times. Many manufacturers went out of business due to lack of funds, fuel and supply shortages, or their factories were simply destroyed. In order to stay in business, Jaguar would need a solid production line, so the Jaguar XK120 Roadster was launched. The early XK120 Roadster models, are often referred to as the Jaguar XK120 Alloy. The 1951 Jaguar XK120 Roadster was designed to be a prestigious and low-number production car, yet high demand from the public would keep the XK as part of the Jaguar lineup for decades. The body of the car was reminiscent to the French curves produced by Bugatti during the 1930s and 1940s.

The 1951 Jaguar XK120 Roadster was powered by a 160 hp, 3.4 liter, inline-6 cyl engine, with a top speed of 120 mph. Designed as a touring car, many were actually used as racing cars during their day. If youre thinking about buying a Jaguar XK120, the drum brakes are usually their biggest weakness, which wore quickly. Most collectors idolize the Jaguar XK120 for its beautiful curvature.