The development of the Ford Sierra Cosworth started when Stuart Turner became the head of Ford Motorsport in Europe. Turner realized that, at the time, Ford was no longer competitive in motorsport. He began to find support in order to realize his plan, namely to create a car that would bring Ford back in the competition.

The engine of the car was designed by Cosworth, an automotive company. Ford wanted the YAA-engine which was capable of 180 HP on the street and 300 HP in race trim. Cosworth had two conditions in order to agree to this: the engine would produce no less than 204 HP in street version and Ford had to accept a minimum of 15000 engines. Even though Ford only needed 5000 engines, they still accepted the deal. 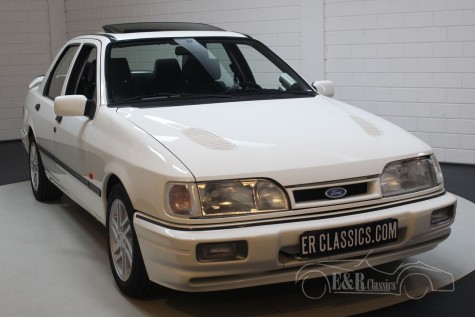