During the mid-1968 model year, a drag racer for the street could be ordered with the optional 428cu in (7.0 L) Cobra Jet engine which was officially rated at 335hp all of these Mustangs were issued R codes on their VIN#'s.
The 1967 and 1968 models discontinued the "Pony Interior" in favor of a new deluxe interior package, which included special color options, brushed stainless steel (1967) or woodgrain (1968) trim, seat buttons, a tilt steering wheel and special interior paneling. The 1968 models that were produced during 1968 were also the first year to incorporate 3 point lap and shoulder belts as opposed to the standard lap belts.

The air-conditioning option was fully integrated into the dash, the speakers and stereo were upgraded, and unique center and overhead consoles were options. The fastback model offered the option of a rear fold-down seat, and the convertible was available with folding glass windows. Gone too was the Rally-Pac, since the new instrument cluster had provisions for an optional tachometer and clock. Its size and shape also precluded the installation of the accessory atop the steering column. The convenience group with four warning lights for low fuel, seat belt reminder, parking brake not released, and door ajar were added to the instrument panel, or, if one ordered the optional console and A/C, the lights were mounted on the console.

Changes for the 1968 model increased safety with a two-spoke energy-absorbing steering wheel, along with newly introduced shoulder belts. Other changes included front and rear side markers, "FORD" lettering removed from hood, rearview mirror moved from frame to windshield, a 302 cu in V8 engine was now available, and C-Stripe graphics were added. 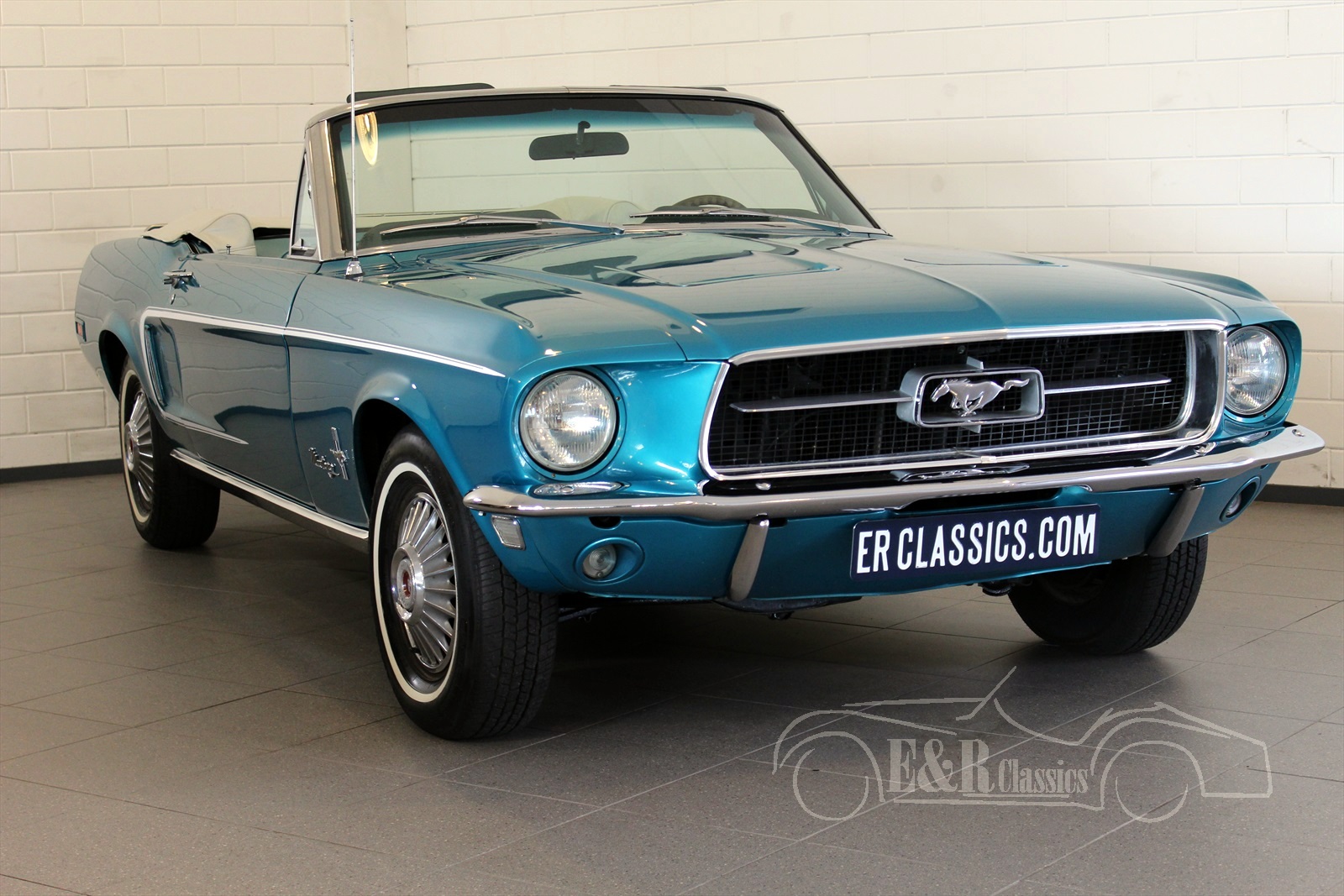