The 1966 Mustang debuted with moderate trim changes including a new grille, side ornamentation, wheel covers and gas cap. A cruisematic three-speed auto transmission became available for the 225 hp V8. The 289 "hipo" K code engine was offered with an automatic c4 transmission, it had stronger internals and a hipo automatic transmission can be identified by the outer casing of the servo is marked with a 'C'. The long duration solid-lifter camshaft that allowed the high revving 289 to make the horsepower it was known for, was not friendly for a non stall speed automatic torque converter. The "HiPo" could be spotted very easily by the 1-inch-thick (25 mm) vibration damper, the absence of a vacuum advance unit on the dual point distributor.

With the valve covers off, there is a large letter "K" stamped between the valve springs, that along with screw in studs (vs. a pressed in stud for other 289s) for the adjustable rocker arms. A large number of new paint and interior color options, an AM/eight-track sound system, and one of the first AM/FM mono automobile radios was also offered. It also removed the Falcon instrument cluster; the previously optional features, including the round gauges and padded sun visors, became standard equipment. The Mustang convertible would be the best-selling in 1966 with 72119 sold.

The 1965 and 1966 Mustangs are differentiated by variations in the exterior, despite similar design. These variations include the emblem on the quarter-panels behind the doors. In 1965 the emblem was a single vertical piece of chrome, while in 1966 the emblem was smaller in height and had three horizontal bars extending from the design, resembling an "E". The front intake grilles and ornaments were also different. The 1965 front grille used a "honeycomb" pattern, while the 1966 version was a "slotted" style. While both model years used the "Horse and Corral" emblem on the grille, the 1965 had 4 bars extending from each side of the corral, while on the 1966 these bars were removed. 1966 saw introduction of 'High Country Special' limited edition, 333 of them were sold in Colorado, Wyoming, and Nebraska. 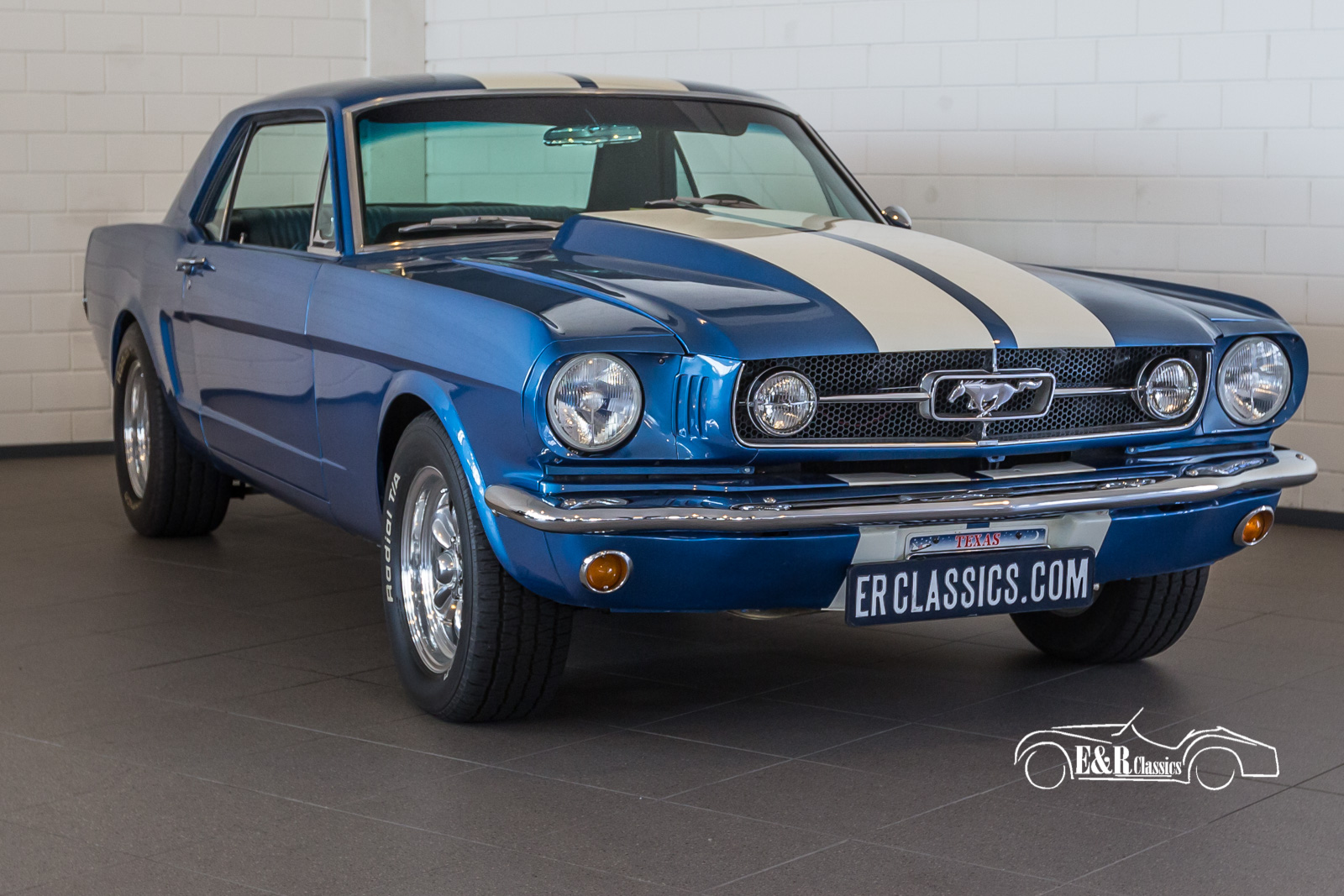