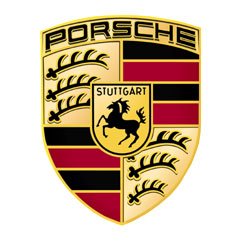 The 1950 Porsche 356 Pre-A Cabriolet would be the first official production model, despite approx 50 units being handmade during 1948 - 1949. The Porsche 356 models manufactured between 1950 and 1955 were called the Pre-A to help distinguish them from the later 356A models. In total, 7627 Pre-A units were manufactured, of which 1409 were Cabriolet models. Other popular Pre-A body styles included 1900 Speedster models. While these Pre-A Porsches are rather primitive, changes would be implemented at a fairly rapid pace. Next to the populair Speedster models, the Pre-A Cabriolets are some of the most desirable classic cars today. If you’re thinking about buying a 1950 Porsche 356, it sure is a good investment.

It is important to ensure you are looking at an original Porsche 356 when you are thinking about purchasing. To verify its authenticity, check both engine and chassis numbers against Porsche records. Another concern should be rust. The 1950 Porsche 356 Pre-A Cabriolet barely received any rust protection at the time of its manufacturing. Rarity also makes replacing damaged panels quite expensive.