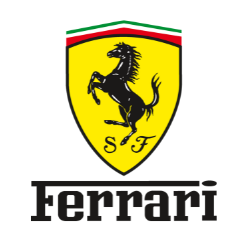 The Ferrari Testarossa is a 12-cylinder mid-engine sports car. Production started in 1984, as the successor to the Ferrari Berlinetta Boxer. Originally produced between 1984 and 1991, with two model revisions following the end of Testarossa production and the introduction of the Ferrari 512 TR and Ferrari F512 M, produced from 1992 to 1996. Nearly 10,000 Testarossas (512 TR and F512 Ms) had been produced, making it one of the most produced Ferrari models in history, despite its high price and exotic design. The Ferrari F512 M sold for USD 220,000 in 1995. The Testarossa is a 2-door coupé, introduced at the Paris Auto Show in 1984. All Testarossa versions had a rear-mounted, 5-speed manual transmission. The rear mid-engine, rear-wheel drive layout keeps the center of gravity in the center of the car. The original Testarossa was redesigned in 1992 and released as the Ferrari 512 TR. The F512 M was introduced at the Paris Auto Show in 1994. The F512 M was Ferrari's last mid-engine 12-cylinder car, apart from the Ferrari F50, Ferrari Enzo and Laferrari, with Ferrari's last boxer engine. The Ferrari Testarossa was replaced in 1996 by the front-engined 550 Maranello coupé. The Testarossa should not be confused with the Ferrari TR "Testa Rossa" of the late 1950s and early 1960s, which were GT sports cars.

The name Testarossa ("red head" in Italian) comes from the red-painted cam covers on the flat-12 engine. The Testarossa can trace its roots back to the mistakes of the 512i BB in 1981. The problems that had to be solved were an overheating engine compartment and a lack of luggage space. To overcome these problems, the Testarossa had to be larger than its predecessor, the Berlinetta Boxer. The Testarossa had two radiators in the rear with the engine instead of a single radiator in the front. Another unique addition to the new design was a high-mounted rear-view mirror on the driver's side, and in 1987 the passenger side also got a rear-view mirror. Like its predecessor, the Testarossa had double wishbone suspension at the front and rear. When introduced in 1985, the Testarossa featured single-bolt magnesium knockoff wheels using the Michelin TRX system. In 1986 the wheels had the same design, but a different diameter; 410mm, with a width of 200mm at the front and 250mm at the rear. The 1988.5 model suspension was redesigned and the wheels were again changed from the single bolt setup to the standard five bolt Ferrari setup. The Ferrari Testarossa Spider is the only official convertible variant of the Testarossa. The car was made for Gianni Agnelli, then the boss of Fiat, as a gift. The Testarossa Spider had a silver exterior, a white magnolia leather interior with a dark blue stripe above the matte black door sills and a white top that could be manually removed and stowed. The vehicle was delivered to Agnelli in 1986. Many customers asked for their own Testarossa Spider, but Ferrari refused any of them. The official Spider was mechanically no different from the normal Testarossas available on the European market.

Although successful on the road, the Testarossa has not made an appearance on the track. As Ferrari's range-topper in the 1980s, the car made numerous pop culture appearances, most notably in the arcade game OutRun, and in the 3rd season of Miami Vice.

Finding a Ferrari that's right for you is priority number one. The search for your dream car often starts online. ERClassics has done everything it can to give you an idea of ​​the cars, so every car on our own site is provided with a photo report, 360 degrees images, a video and background information about the car can be found. Would you rather view the car physically? Then you can visit our showroom in Waalwijk, the Netherlands. Check our website for opening times.

All carss offered by us, including the Ferrari Testarossa, are checked against a list with 125 points. This assessment is performed by one of our own mechanics. Delivering cars that are in perfect condition is of great importance to ERClassics. The cars offered by us are therefore of high quality. If you would like more information about maintenance on a Ferrar 308 or if you are wondering what mechanics in workshops do, click here

Trade in or sell your Ferrari Testarossa

At ER Classics you can of course buy a Ferrari Testarossa, but we also offer the option to sell your current  car or to trade it in. If you would like more information about selling or trading in your car , please contact one of our  experts. You can of course also visit our showroom to discuss the possibilities.

Sell or trade in a Ferrari Testarossa?

Maintenance on a Ferrari Testarossa

Of course every car needs maintenance, and it can sometimes happen that something needs to be repaired. It is no different for a Ferrari Testarossa. Because you like to keep your ferrari in top condition, a good garage is important. Any garage can provide you with maintenance, but sometimes you just need that extra bit of specialism, then you can choose to take your car to a workshop where they focus on 1 brand or type of car. The mechanics often work with the same carss and have thus specialized in maintenance or repairs on those specific cars. 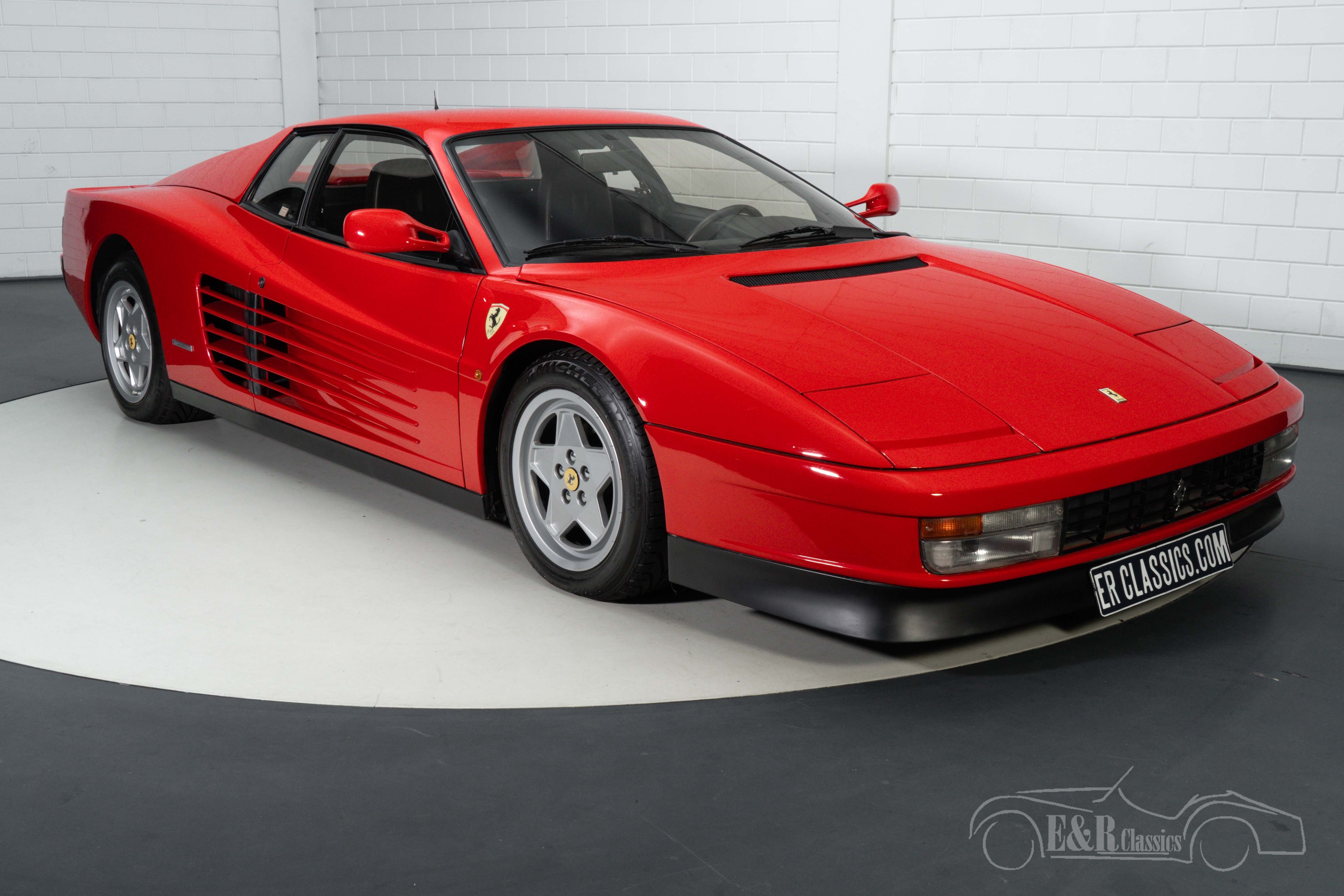 ER Classics has the right Ferrari Testarossa for you!

What are the advantages of buying a Ferrari Testarossa from ER Classics?

- Wide range of Ferrari cars for sale
- All cars have been thoroughly checked by our own workshop
- Own workshop with 20 mechanics
- Registration and inspections
- Worldwide transport to the door
- High quality and service
- Trade-in options
- Customers rate us with a 8.9

If you are looking for a beautiful Ferrari Testarossa , you will be assisted by one of our own  experts. ERclassics has specialized in the purchase and sale of s since 2008 and can rightly call itself Europe's number 1 online classic car dealer.