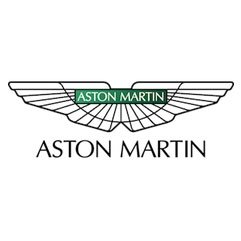 Since its launch in 1977, the Aston Martin V8 Vantage has been praised for its top speed of 270 km/h. The engine was shared with the Lagonda, but used better camshafts, increased compression ratio, larger intake valves and larger carburettors mounted on new manifolds. The performance was astonishing for this time with an acceleration from 0-97 km/h in 5.3 seconds, which was a tenth of a second faster than the Ferrari Daytona. The first series was equipped with four 48IDF2/100 Weber carburettors, blacked-out hood opening and a separate rear spoiler. The Oscar India version was introduced in late 1978. A black leather dashboard replaced the previous walnut dashboard. The wooden dashboard came back in the eighties Vantage and gave a luxurious look. The Oscar India version also received a slight increase in power. This line was produced until 1989. The name Vantage had previously been used for a number of Aston Martin cars, but this was a separate model. Although based on the Aston Martin V8, the many detail changes have resulted in a unique driving experience. One of the most notable features was the flattened hood. While the Vantage models were not newly imported to the US, they are eligible for listing under the DOT's "Show and Display" rules in most states. A Vantage Volante convertible version was produced between 1986 and 1989. Six mechanically similar cars had previously been built to a special order, but were not regularly available until then. The production version had an even deeper front spoiler than the Vantage, even larger wheel arches and extended side skirts. In 1987, Prince Charles of Wales received a Vantage Volante, but at his request without the wider wheel arches, frontal air dam and side skirts of the production car. This car became known as the 'Prince of Wales Spec' of which 26 other cars were built. These are now widely regarded as the most desirable of all the 1970s and 1980s V8 models.

Finding an Aston Martin that suits you is priority number one. The search for your dream car often starts online. ERClassics has done everything it can to give you an idea of the cars, so every car on our own site is provided with a photo report, 360 degrees images, a video and background information about the car can be found. Would you rather view the car physically? Then you can visit our showroom in Waalwijk, the Netherlands. Check our website for opening times.

Trade in or sell the Aston Martin V8

Sell or trade in the Aston Martin V8? 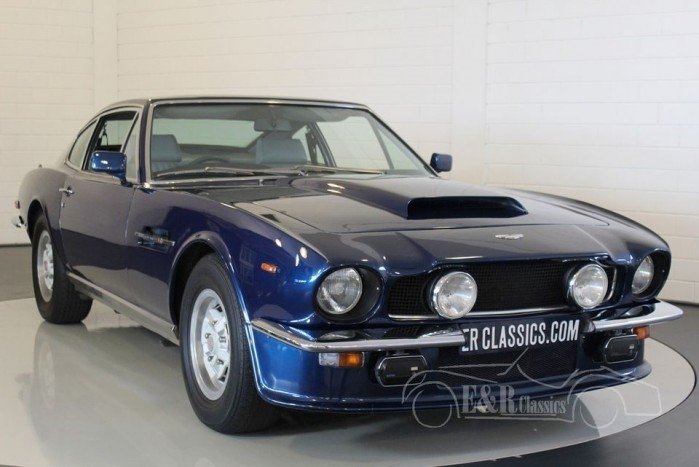 ER Classics has the right classic Aston Martin V8 for you!

What are the benefits of buying an Aston Martin V8 classic from ER Classics?

- A wide range of Aston Martin classics for sale
- All classic cars have been thoroughly checked in our own workshop
- Own workshop with 20 mechanics
- Registration and inspections
- Worldwide transport to your front door
- High quality and service
- Trade-in options
- Customers rate us with a 8.9

If you are looking for a beautiful new Aston Martin V8, you will be assisted by one of our own classic car experts. ERclassics has specialized in the purchase and sale of classic cars since 2008 and can rightly call itself Europe's number 1 online classic car dealer.