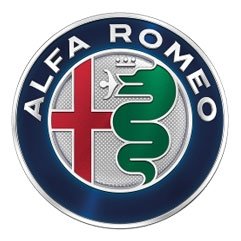 The Alfa Romeo Giulietta has been produced since 1954, and was designed by Franco Scaglione. The very first Giulietta was unveiled in 1954 at the Turin Motor Show. The car was a Sprint 2 + 2 coupe. The four-door Berlina was introduced at the same Motor Show in 1955. Shortly after, the Giulietta Spider was unveiled. And in 1957, the Giulietta T.I. revealed. This model was a lot more powerful than the Berlina and had a slightly different appearance.

In 1959 the Giulietta Berlina was improved. This redesigned model was unveiled the same year at the Frankfurt Motor Show. The car underwent a number of mechanical and external changes: the fuel pump was moved to a lower position, the exterior of the car was equipped with, among other things, an improved front end and new grilles with chrome frames. In addition, the car got new, larger taillights. The interior of the car was also better organized and lined with new material. Two years later in 1961, the Giulietta Normale and the T.I. improved engines and new exhaust systems. The car now had a top speed of 160 km/h. The exterior and interior of the car also underwent minor changes. The T.I. namely had individual seats instead of benches, also the side grilles on the outside were now merged with the middle shield.

In 1977 a new model came on the market. This was the Alfa Romeo Giulietta type 116. This model was produced from 1977 to 1985 and was a small sedan. The design of the car was based on the chassis of the Alfa Romeo Alfetta. In 1977 there were two models available, namely the Giulietta 1.3 and the Giulietta 1.6. A few years later, the Giulietta 1.8 and the Giulietta Super were unveiled. In 1981 minor changes were made to the interior and exterior of the Giulietta. The car got, among other things, a new steering wheel and new seats. In addition, the instrument panel and center armrest were renewed. Then came the unveiling of the De Giulietta Turbodelta at the 1982 motor show. It was a special version with a powerful 1962 cc engine. A year later, the renewed Giulietta was presented with minor differences in the interior and exterior, including the dashboard, instruments and bumpers.

Finding an Alfa Romeo that's right for you is priority number one. The search for your dream car often starts online. ERClassics has done everything it can to give you an idea of the cars, so every car on our own site is provided with a photo report, 360 degrees images, a video and background information about the car can be found. Would you rather view the car physically? Then you can visit our showroom in Waalwijk, the Netherlands. Check our website for opening times.

All classic cars offered by us, including the Alfa Romeo Giulietta, are checked against a list with 125 points. This assessment is carried out by one of our own mechanics. Delivering classic cars that are in perfect condition is of great importance to ERClassics. The oldtimers offered by us are therefore of high quality. If you would like more information about maintenance on a classic car or if you are wondering what mechanics in classic car workshops do, click here.

Trade in or sell your Alfa Romeo Giulietta classic car

At ERclassics you not only have the option to buy the Giulietta, we also offer the opportunity to sell your current classics car or to trade it in. For more information about selling or trading in your classic car, please contact one of our classic car experts. There is also the possibility to visit our showroom to discuss the possibilities.

Sell or trade in the Alfa Romeo Giulietta? 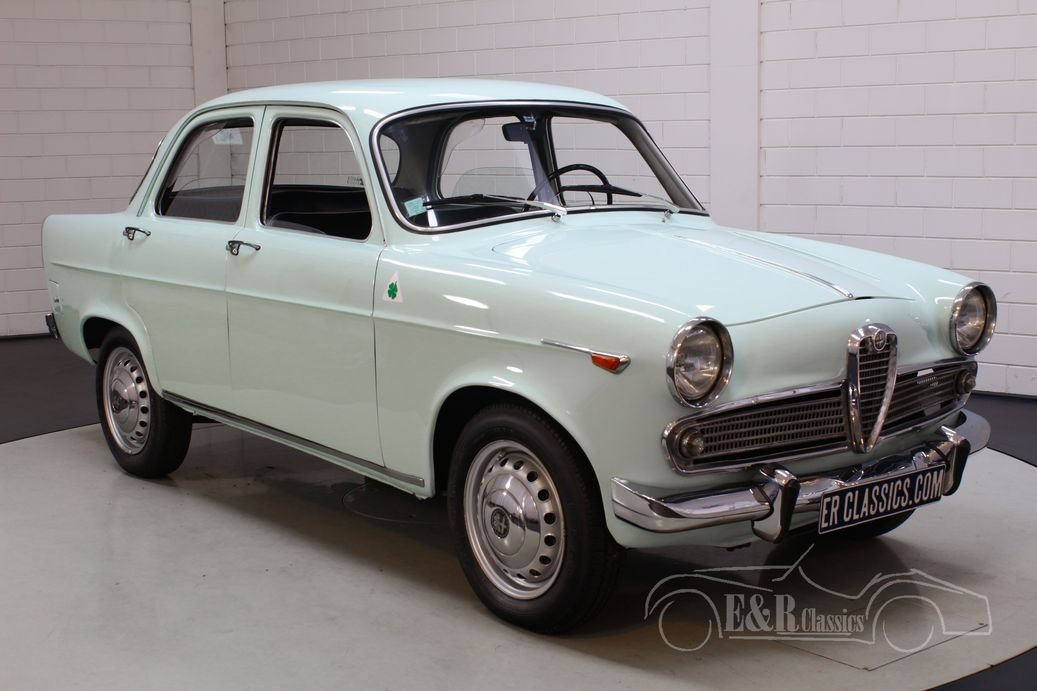 ER Classics has the right classic Alfa Romeo Giulietta for you!

What are the advantages of buying an Alfa Romeo Giulietta classic from ER Classics?

- A wide range of Alfa Romeo classics for sale
- All classic cars have been thoroughly checked in our own workshop
- Own workshop with 20 mechanics
- Registration and inspections
- Worldwide transport to the door
- High quality and service
- Trade-in options
- Customers rate us with an 8.9

If you are looking for a beautiful new Alfa Romeo Giulietta, you will be assisted by one of our own classic car  experts. ERClassics has specialized in the purchase and sale of classic cars since 2008 and can rightly call itself Europe's number 1 online classic car dealer.