The Volkswagen Golf is a small family car produced by the German manufacturer Volkswagen since 1974. The original Golf Mk1 was a replacement for the Volkswagen Beetle. The Golf is the best selling model from Volkswagen. Initially the Golf production consisted largely of three-door hatchback models. Other variants are a 5-door hatchback, station wagon, cabriolet and sedan.

Golf 2
The second generation Golf came in September 1983. This model had a larger wheelbase while the overall look of the Golf 1 was retained in a more rounded shape. Although most of the left-driven markets were already equipped with the Golf 2 at the end of 1983, this model did not arrive in the United Kingdom until March 1984. The Golf 2 GTI had from the start a 1.8-liter 8-valve fuel injection engine, and 1985 saw a version with 16 valves. The first four-wheel drive Golfs also came that same year. There was no Golf 2 based cabriolet model; instead, the Golf 1 Cabrio was continued during the entire production run of Golf 2. 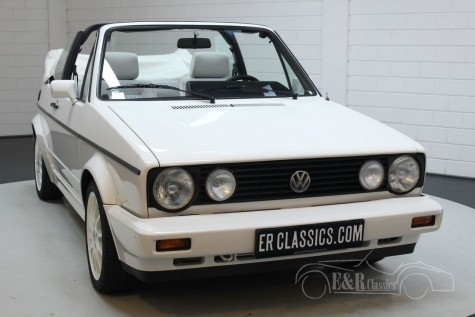