The Volkswagen Karmann Ghia is a 2+2 coupe and convertible marketed from 1955-1974 by Volkswagen. Combining the chassis and mechanics of the Type 1 (Beetle), styling by Luigi Segre of the Italian carrozzeria Ghia and hand-built bodywork by German coach-builder Karmann.
The Karmann Ghia was internally designated the Type 14. In 1961 Volkswagen introduced a variant, the Type 34 – featuring angular bodywork and based on the newly introduced Type 3 platform.
Production doubled shortly after its introduction, becoming the most-imported car into the US. American industrial designer Walter Dorwin Teague selected the Type 14 for his list of the world's most beautiful designed products.
Over 445.000 Karmann Ghias were produced in Germany, without including the Type 34 variant. Karmann Brazil produced 41.600 cars locally for South America between 1962-1975.

The Type 14 debuted at the Paris Auto Show in October 1953 as a styling concept created for Ghia by Luigi Segre.

In the early 1950s, Volkswagen was producing its economy car, the Type 1 (Beetle). With an increase in post-war standards of living, executives at Volkswagen proposed adding a halo car to its model range, contracting with German coachbuilder Karmann for its manufacture.
In contrast to the Beetle's machine welded-body with bolt-on fenders, the Karmann Ghia's body panels were butt-welded, hand-shaped and smoothed with English pewter in a time-consuming process commensurate with higher-end manufacturers, resulting in the Karmann Ghia's higher price.
The design and prototype were well received by Volkswagen executives, and in August 1955 the first Type 14 was manufactured in Osnabrück, Germany. Over 10.000 examples were sold in the first year.
The Type 14 was marketed as a practical and stylish 2+2 rather than a true sports car. As they shared engines, the Type 14's engine displacement grew concurrently with the Type 1 (Beetle), ultimately arriving at a displacement of 1584cc, producing 60 hp.
August 1957, VW introduced a convertible version of the Karmann Ghia. Exterior changes in 1961 included wider and finned front grilles, taller and more rounded rear taillights and headlights relocated to a higher position – with previous models and their lower headlight placement called lowlights. The Italian designer Sergio Sartorelli, designer of Type 34, oversaw the various restylings of Type 14.

The 1967 Type 14 Karmann Ghia convertible gained notoriety on American television as being the car driven by CONTROL Agent 86 Maxwell Smart in the opening credits of the third and fourth seasons of Get Smart.

In 1970, larger taillights integrated the reversing lights and larger wrap-around turn signals. Still larger and wider taillights increased side visibility and at the same time large square-section bumpers replaced the smooth round originals. For the US-model only, 1973 modifications mandated by the National Highway Traffic Safety Administration included energy-absorbing bumpers. A carpeted package shelf replaced the rear seat.
Late 1974 the car was superseded by the Porsche 914 and the Golf/Rabbit based Scirocco. 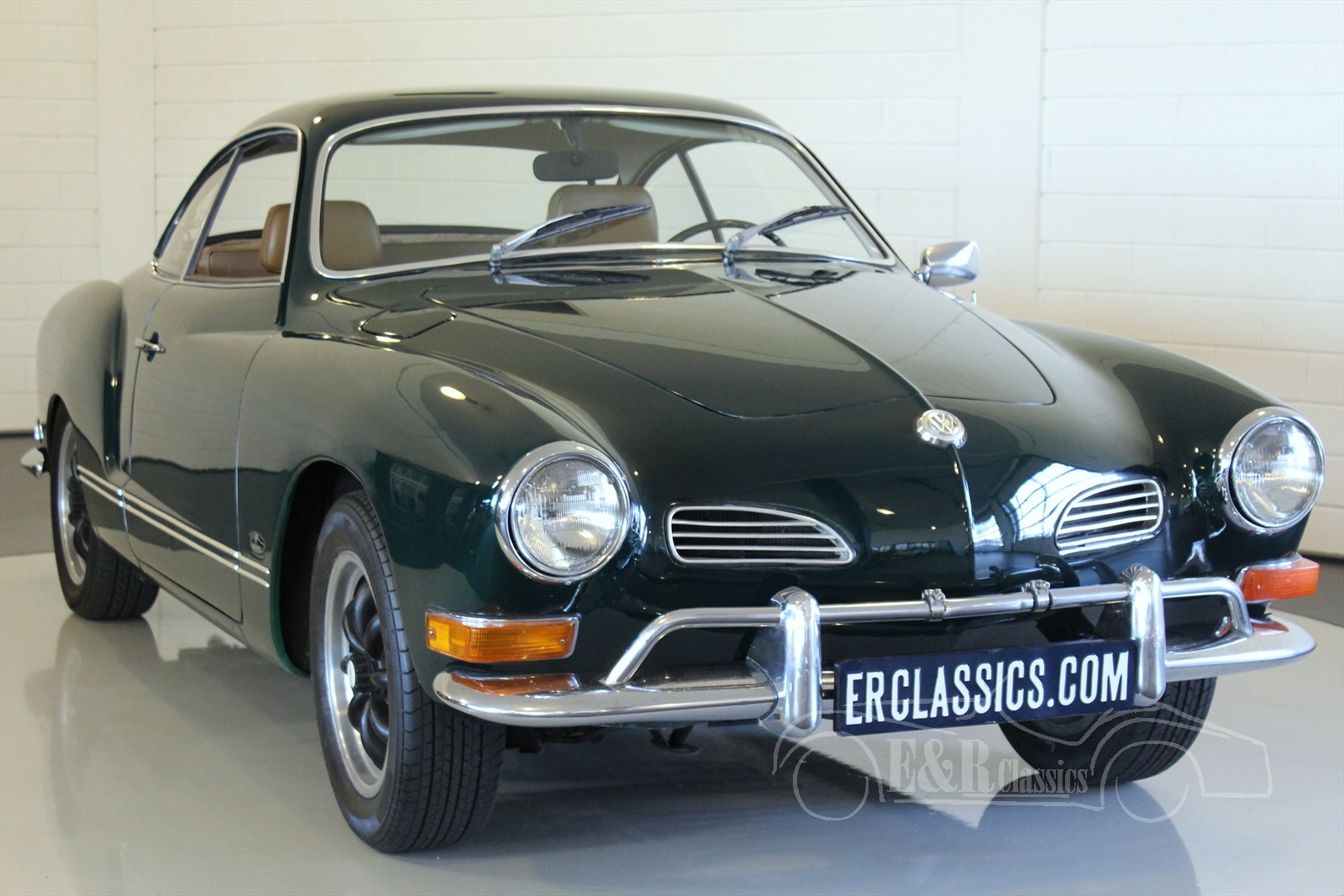